https://www.homemade-gifts-made-easy.com/5-pointed-origami-star.html
There’s videos of the folding process too.

Fold the square in half: 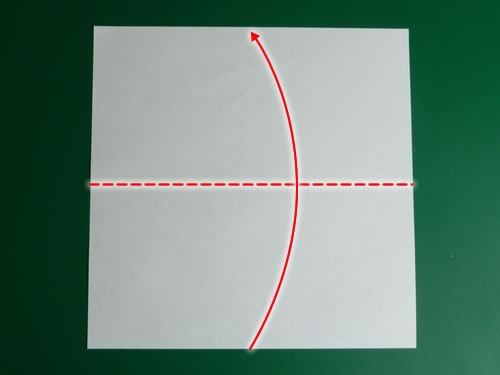 Fold up the bottom left corner to the top, then unfold again. 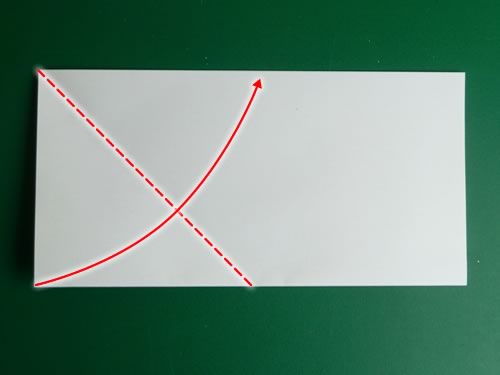 Fold the top left corner to the bottom, then unfold again. 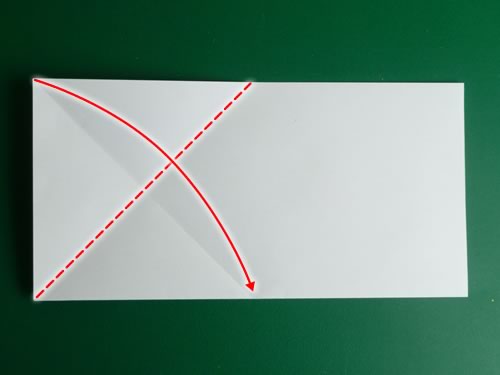 Fold the bottom right corner to the center of the X-shaped crease. 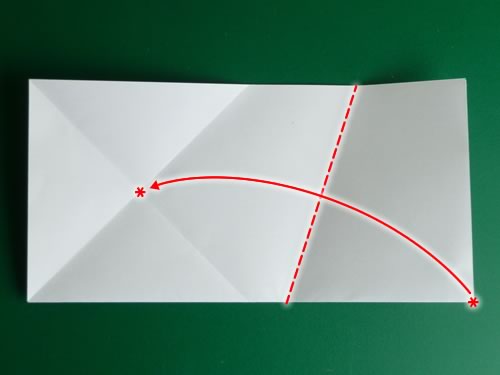 Fold the top layer in half. 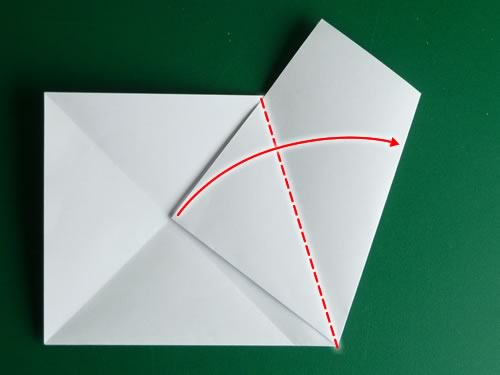 Fold up edge AB to lie along edge AC. 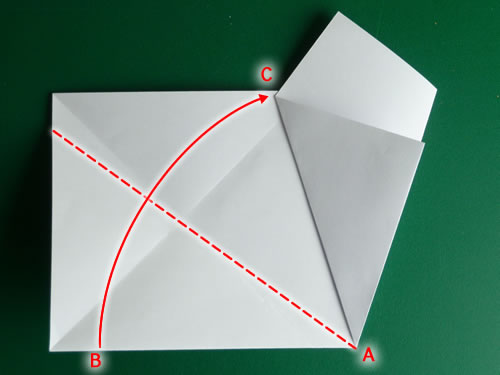 Turn over the paper. Then fold in half along this line. 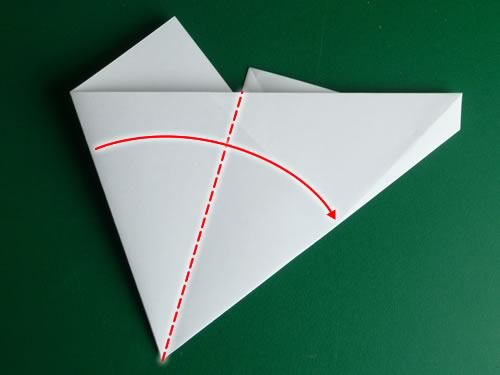 Cut along the edge of the top layer 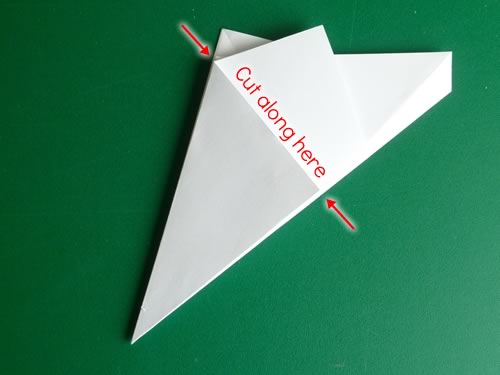 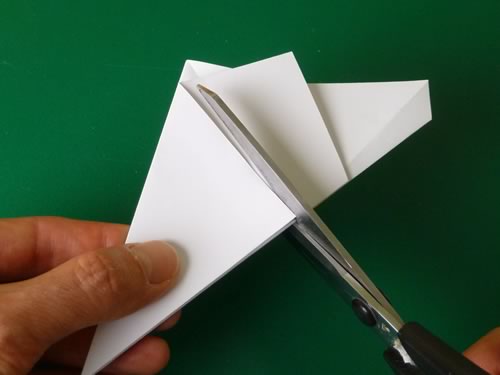 Unfold, and you have a perfect pentagon 🙂 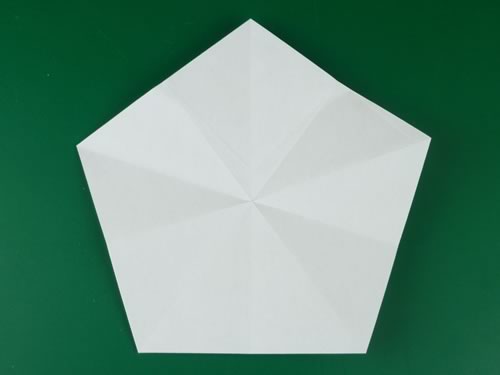 Start with your paper nice-side-down. Fold the pentagon in half through each of its points and unfold again, so that you have a set of creases like this: 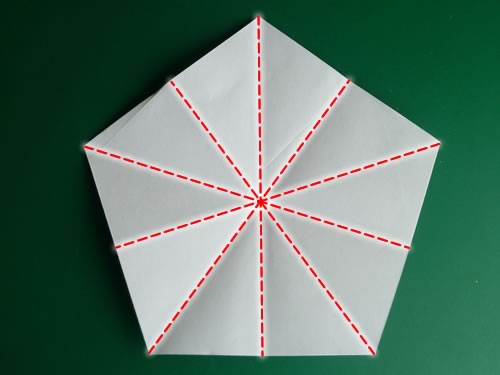 Fold up the bottom edge so that the corners meet the creases you just made: 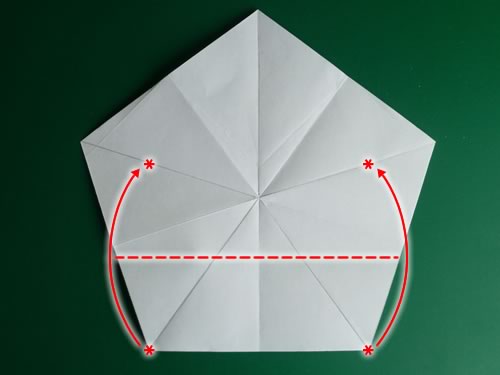 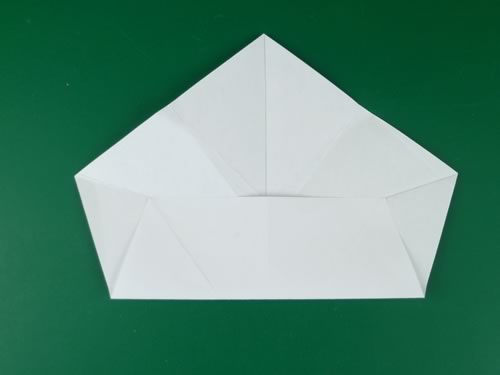 Unfold again, then make the same fold for all the other sides of the pentagon, so that you have a set of creases like this: 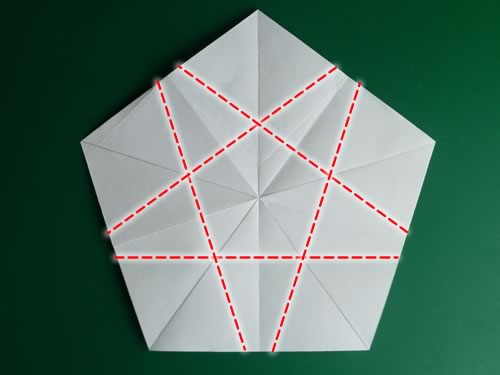 Fold in the left edge along one of the creases you just made. Then fold up the bottom edge, at the same time pulling the corner of the pentagon out to the left like this. Squash the fold flat. 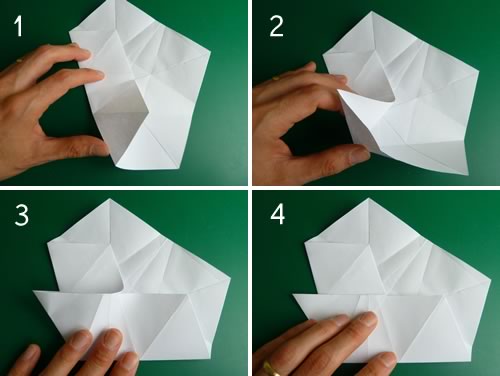 Unfold completely. Rotate the pentagon 1/5th of a rotation so that the next side is at the bottom, then repeat the folds as in the image above. Do the same thing for all the rest of the sides of the pentagon. When you’ve finished you will have a new set of creases that look something like this: 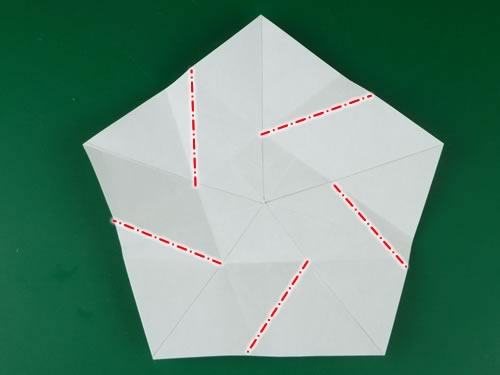 Starting with the pentagon completely unfolded, pinch all the corners together and squash them toward the center. With a bit of “massaging” the paper will collapse into a star shape. 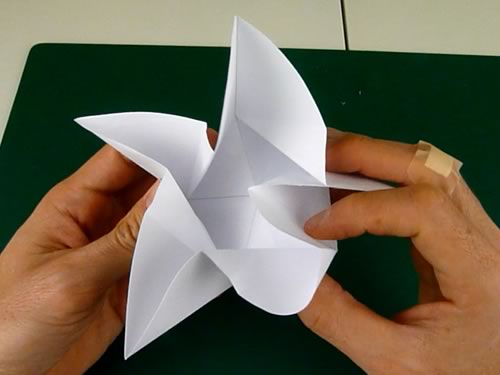 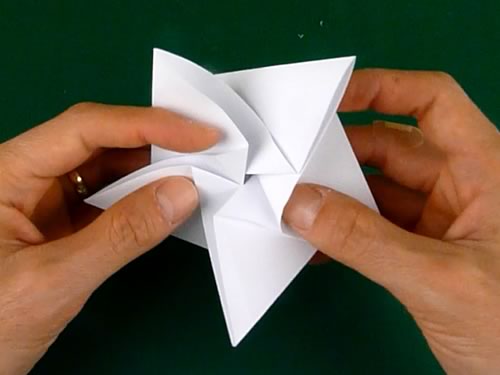 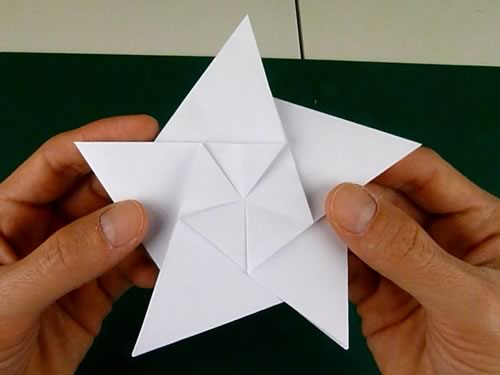 Turn over the star. Fold in the right edge to the center line, like this: 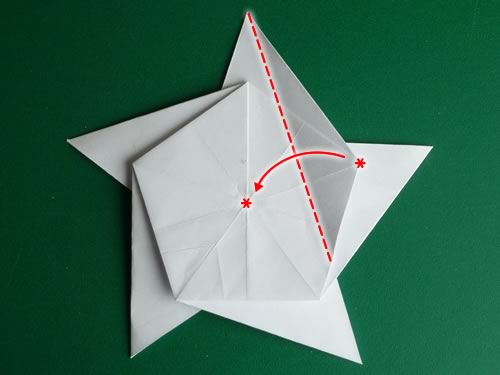 Working clockwise around the star, do the same thing for all the other arms: 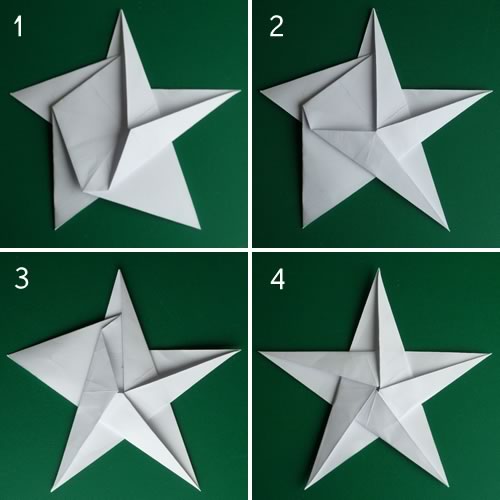 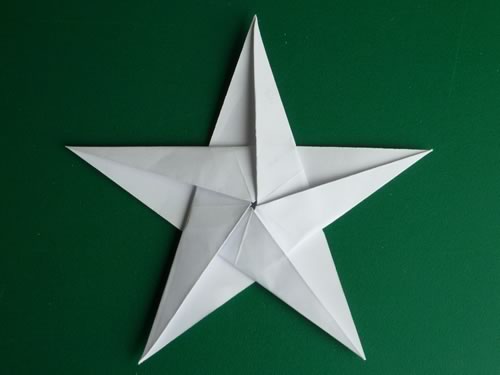 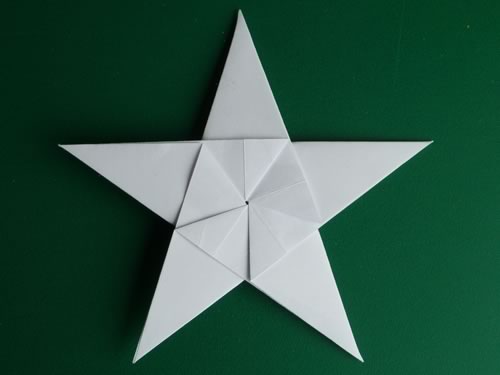 Optional: Tidying up the back

Did you make your star from one-sided colored paper? If you did, you’ll notice that there’s a white hexagon in the middle on the back. Do you want that hexagon to be colored, like the rest of the star? Here’s how, thanks to a clever tip sent in by reader Grace.

“I did a little extra step… use a pair of scissors to snip into the small hexagon and tuck the flaps back under the arms of the star. This series of images shows how”
~Grace

Thanks for the tip and the photos Grace! 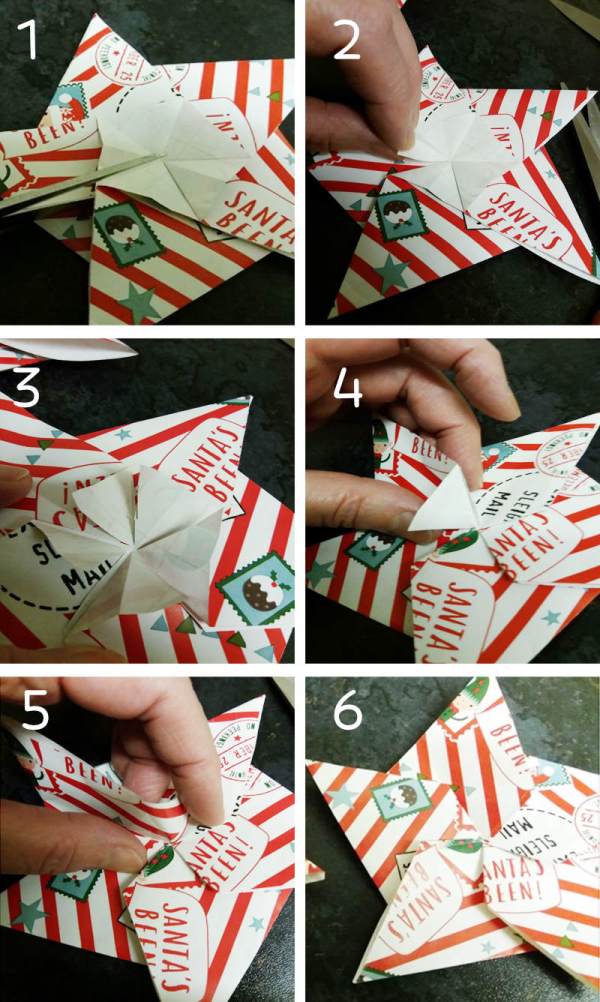 Affinity with science and enthusiasm for visual art & design.